Dr. Weleber became the 10th recipient of the Foundation’s highest honor, named after FFB co-founder Lulie Gund, during the opening lunch of the VISIONS 2016 conference.

Considering all that Richard Weleber, M.D., has accomplished over four decades — including leadership and oversight of clinical trials for emerging retinal-disease therapies and innovations in retina imaging and functional evaluation at the world-renowned Casey Eye Institute, Oregon Health & Science University — it comes as no surprise that he's been given FFB's Llura Liggett Gund Award for career achievement. Dr. Weleber became the 10th recipient of the Foundation's highest honor, named after FFB co-founder Lulie Gund, during the opening lunch of the VISIONS 2016 conference.

But Dr. Weleber isn't an extraordinary clinical researcher only because of his scientific achievements. He's also special because of his compassion and caring for his patients and colleagues alike.

Karmen Trzupek, a retinal-disease genetic counselor at InformedDNA who previously worked with Dr. Weleber at Casey, provided a heartfelt video tribute (below) as part of the award presentation. It includes memorable anecdotes about the lives he's touched. 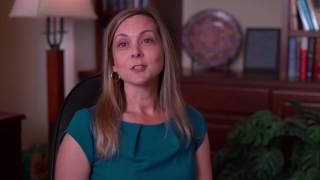 What follows are more details on Dr. Weleber's accomplishments:

He has been the principal investigator or sub-investigator in clinical trials for the following emerging therapies:

Dr. Weleber is also leading one of the sites for ProgSTAR, the FFB-funded natural history study for people with Stargardt disease. Among his many awards, he has received: