While a therapy for adRP will not emerge from the clinical trial, study investigators advanced development of a new outcome measure known as EZ Area to quickly and accurately evaluate potential therapies for RP in human studies. 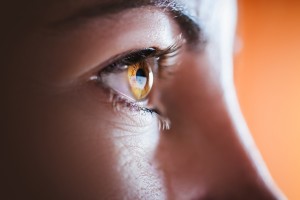 FFB-CRI launched the 90-person study in 2010, because previous lab research, and a published clinical report involving a few patients, had suggested the drug might slow vision loss in people with adRP.

While a therapy for adRP will not emerge from the clinical trial, study investigators advanced development of a new outcome measure known as EZ Area to quickly and accurately evaluate potential therapies for RP in human studies.

Significant development of the measure also came from an FFB-funded clinical trial of docosahexaenoic acid (DHA) for people with X-linked retinitis pigmentosa conducted by the Retina Foundation of the Southwest in Dallas.

In simple terms, EZ Area measures the number of viable photoreceptors remaining in a patient's retina. Changes in the EZ Area correlate with changes in vision. However, EZ Area can identify smaller, more subtle changes more reliably and expeditiously than visual acuity and visual field tests. Ultimately, EZ Area has the potential to reduce the time and money needed to determine if a potential therapy is saving vision in a human study.

"Of course, we had hoped that valproic acid would prove to be a vision-saving therapy for people with adRP, but that was not the case. Our clinical trial was essential to determining the real benefit of the drug," says Patricia Zilliox, PhD, chief drug development officer, FFB-CRI. "However, there is a silver lining to this story. We have a new clinical trial endpoint, EZ Area, and other trial-related metrics, that will be of great help in advancing other potential RP therapies. Many companies and therapy developers are planning to use the outcome measure in future human studies."

The study, conducted at six sites, was masked and controlled, meaning that half the participants received a placebo, half received the drug, and neither the participant nor the investigator knew who was getting the actual drug. Also, the determination of who got the drug or a placebo was made completely at random.

"It is critical that, when possible, we use a strong scientific approach to evaluate the efficacy of a potential therapy," says Stephen Rose, PhD, chief research officer at FFB. "By doing so in the valproic-acid trial, we greatly reduced the chance of biases and inaccuracies and can feel confident we obtained true results."

"I believe it is important for people and families affected by retinal diseases to understand that FFB-CRI is committed to doing all it can to get the right answers. As much as we want drugs that work, we don't want to falsely believe that something is saving vision when it really isn't," says Dr. Zilliox. "It takes a lot of money and drug-development expertise to conduct a sound human study of a potential therapy, but our investment in this clinical trial paid off, because we got accurate results, as well as a new endpoint to better advance future studies."