New Imaging Technique May Be Game-Changer for RP Clinical Trials

Known as EZ Width, it holds potential for reducing the time, cost and number of patients needed to determine if a therapy is working in a clinical trial. 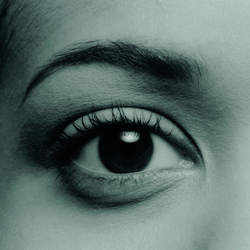 Foundation-funded researchers are developing an innovative approach that would more quickly, accurately and objectively measure the ability of a therapy to slow or halt the progress of retinitis pigmentosa (RP). Known as EZ Width, it holds potential for reducing the time, cost and number of patients needed to determine if a therapy is working in a clinical trial.

Tracking vision changes during human studies is challenging because traditional measurements of vision — including those for visual fields (peripheral vision) and retinal sensitivity (as measured by an electroretinogram) — are quite variable and give different results even when used several times a day on the same patient. Using these measurements, clinical studies take a long time, because the amount of retinal degeneration has to exceed the amount of measurement variability to determine how well a treatment is working. If the clinical trial isn't long enough, it is destined to fail.

Enter EZ Width, which David Birch, Ph.D., Retina Foundation of the Southwest (RFSW), and Don Hood, Ph.D., Columbia University, have been developing since 2008. EZ Width uses a technique known as spectral domain optical coherence tomography (SD-OCT) to capture detailed images of the many layers that make up the human retina. Drs. Birch and Hood have been able to correlate changes in layers of viable photoreceptors — a region known as the ellipsoid zone (EZ) — with changes in RP patients' visual fields.

The photoreceptor layers are critical because without photoreceptors, we can't see. Most important, the investigators are finding that the EZ Width measurement does not vary as much as the traditional methods, meaning that disease progression can be tracked more accurately and clinical trials can be shorter in duration.

The investigators tested their EZ Width technique in an RFSW clinical trial of docosahexaenoic acid (DHA) — a healthy fat found in coldwater fish and algae — for potentially slowing vision loss in people with X-linked RP. Final results of the study are forthcoming shortly, but regardless of whether DHA saves vision or not, the scientists were able to successfully correlate visual field changes with changes in EZ Width with minimal variability over one year.

In the recent JAMA Ophthalmology research paper on their EZ Width study results, the investigators note that the technique may be applicable to other retinal diseases, including choroideremia, Usher syndrome type 2, and Stargardt disease.

The ultimate goal is to get EZ Width validated as a clinical trial endpoint by the U.S. Food and Drug Administration. With the Foundation's help and the assistance of other experts in the retinal research community, Drs. Birch and Hood are well-positioned to do that. It will take more time, money and testing — that's always the nature of the research beast — but EZ Width has the potential to be invaluable in expeditiously moving several emerging retinal-disease therapies through human studies and out to the people who need them.