Identifying the genes and proteins that play a major role in retinal health and vision is an important step in finding preventions and cures for degenerative diseases. 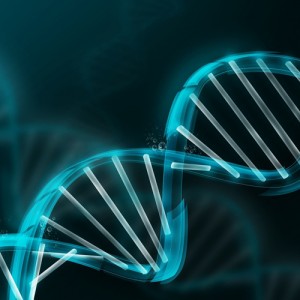 The human retina is only about the size of a quarter. Yet a majority of the human body's 20,000-plus genes are "expressed" in it. When a gene is expressed, it is giving information to a cell to make something. Sometimes the expression leads to the production of proteins critical to retinal function and health. In other cases, the expression doesn't lead to anything meaningful that we know of at the moment. Identifying the genes and proteins that play a major role in retinal health and vision is an important step in finding preventions and cures for degenerative diseases.

Over the past 25 years, researchers have identified more than 200 genes that, when mutated, cause retinal degenerations. But experts believe that just as many genes linked to retinal disease remain undiscovered. To get a more complete picture of the genes that affect retinal health — and may be linked to vision loss, if mutated — a Foundation-funded research team from Massachusetts Eye and Ear Infirmary and Harvard conducted an ambitious study to identify all the genes expressed in the retina. They did so by looking at the retina's genetic messages, known as mRNA, which tell our cells what proteins to make. (See the video below.) It's like trying to identify a person, and the work he or she does, based on that person's e-mail traffic. The collective result of the researchers' message analysis is called a transcriptome.     Looking at the transcriptome, the researchers found more than 100 genes that had not been identified previously, as well as 30,000 new exons, regions within genes where defects are most likely to cause disease and vision loss. This genetic data is fairly raw at this point; more work is needed to determine which newly identified genes and exons may be linked to disease. But the picture will become more complete. This "blanket" approach to genetic discovery is much different from the targeted searches that have taken place since the late 1980s, when scientists looked for a specific genetic defect causing a specific disease in a specific family or population. I tip my hat to Eric Pierce, M.D., Ph.D., chairman of the Foundation's Scientific Advisory Board, and Michael Farkas, Ph.D., for conducting this innovative study, the results of which were published in the journal BMC Genomics. We at the Foundation are excited by researchers who explore creative solutions to challenging problems. The genesis of impactful breakthroughs often comes from researchers like Drs. Pierce and Farkas, who look at a problem from a different perspective.