Researchers Find Mutation as Frequent Cause of RP in American Hispanics

The discovery can help genetic experts diagnose more patients with adRP, and it gives researchers a target for developing potential therapies. 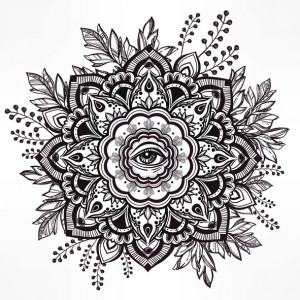 A Foundation-funded research collaboration identified a mutation in the gene SAG as a frequent cause of autosomal dominant retinitis pigmentosa (adRP) in the American Hispanic population.

Eight of the 22 Hispanic families with adRP in their whole-exome-sequencing study had the mutation. The discovery can help genetic experts diagnose more patients with adRP, and it gives researchers a target for developing potential therapies. Results of the SAG study were published in the journal Investigative Ophthalmology and Visual Science (IOVS).

Stephen Daiger, PhD, at The University of Texas Health Science Center in Houston and the study's lead investigator, says the mutation may have originated in Mexico several centuries ago. However, he adds, "If the mutation occurred in Spain, before the Spanish colonization of what are now Texas and Mexico, it may also be prevalent in other parts of the world."

Previously, mutations in SAG were found to be a cause of two recessive retinal diseases: Oguchi disease, a form of congenital stationary night blindness, and autosomal recessive retinitis pigmentosa (arRP).

In recessive diseases, the affected individual receives two copies of the defective gene — one from each unaffected parent, who also have a normal copy.

In dominant diseases, the affected individual gets one defective copy from a parent who has the condition.

Dr. Daiger believes that the SAG mutation causing adRP may have been overlooked in earlier studies, because SAG mutations were associated with only recessive retinal disease.

"For us, and many people in this field, we have known for at least five years that genes causing recessive disease may also have mutations, which cause dominant disease, and vice versa," says Dr. Daiger. "Finding genes that harbor both dominant and recessive mutations is becoming more common. Clinicians and patients may be confused by this, but I hope all retinal genetics experts and counselors get it."

"As of this moment, genetic experts have identified 260 genes associated with inherited retinal diseases," says Stephen Rose, PhD, chief research officer, Foundation Fighting Blindness. "Yet, we know there are more retinal-disease genes and new mutations yet to be discovered. We still can't genetically diagnose roughly 30 percent of people who are screened. The remaining genes by definition are difficult to find. We need experts like Dr. Daiger who are adept at thinking ‰Û÷outside of the box' to identify these elusive genes and mutations."