The MeiraGTx gene therapy involves injection of healthy copies of RPGR underneath the retina. The RPGR copies are contained in a human-engineered virus — known as an adeno-associated virus or AAV — designed to readily penetrate retinal cells to deliver the therapeutic genetic cargo. 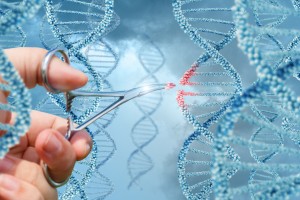 MeiraGTx, a gene-therapy company in London and New York City, has treated its first patient in a gene-therapy clinical trial for people with X-linked retinitis pigmentosa (XLRP) caused by mutations in the gene RPGR.

The Phase I/II study is taking place at Moorfields Eye Hospital in London.

The safety-oriented trial will enroll 36 participants. Three dose levels of the therapy will be evaluated. XLRP is a leading cause of inherited, progressive retinal degeneration and vision loss. The condition usually affects males, but is also diagnosed occasionally in females. Mutations in the gene RPGR cause about 70 percent of XLRP cases.

RPGR mutations affect about 15,000 people in the United States and tens of thousands more around the world.

The MeiraGTx gene therapy involves injection of healthy copies of RPGR underneath the retina. The RPGR copies are contained in a human-engineered virus — known as an adeno-associated virus or AAV — which is designed to readily penetrate retinal cells to deliver the therapeutic genetic cargo.

In March 2017, Nightstar, a biopharmaceutical company in the U.K., announced treatment of the first patient in its XLRP (RPGR) gene-therapy clinical trial at Oxford University.

"We are very pleased that these XLRP gene-therapy trials are getting off the ground. The condition is a relatively common inherited retinal condition and causes significant vision loss," says Stephen Rose, PhD, chief research officer, Foundation Fighting Blindness. "We are encouraged by sustained vision improvement provided by an XLRP gene therapy in FFB-funded canine studies at the University of Pennsylvania."

MeiraGTx also reports that it has treated the first person in the second group of patents in its Phase I/II gene-therapy clinical trial at Moorfields for achromatopsia caused by mutations in CNGB3. A low dose of the treatment was safe for the three patients in the study's first group.

Achromatopsia is an inherited retinal disease that causes blindness in lighted conditions as well as reduced visual acuity and color perception.

MeiraGTx has treated seven patients in its Phase I/II gene therapy clinical trial at Moorfields for people with Leber congenital amaurosis caused by mutations in RPE65.