The Power of Suggestion — Challenges of the Placebo Effect

Even in a well-designed clinical trial, the placebo effect can rear its head.

n the early 2000s, Harvard researcher Ted Kaptchuk collaborated with gastroenterologists on a placebo study of 262 people with irritable bowel syndrome (IBS). The participants were put into one of three groups.

The first cohort was told they were in a waiting line for an up-and-coming treatment and given little verbal support or additional information from the clinical practitioner.

The second group received a procedure they thought was an active treatment, but was actually a sham (placebo) therapy. They, too, received little support from the practitioner.

The third cohort received the sham treatment and was also given an extraordinary amount of attention and support — including a report that the treatment had worked well previously.

As you might have guessed, the third group, the patients who received the “therapy” and the most support, had the best results. The first group, which got virtually nothing, had the worst.

That study highlights the placebo effect in all its glory.

The following three-minute video also does a nice job of illustrating the surprising power of the placebo in its many forms. 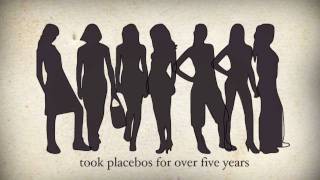 The placebo effect is a concern when potential treatments have not been studied in randomized, double-blind clinical trials. In those studies, neither patient nor researcher knows who is receiving the actual therapy or a placebo, and the decision of who gets what is completely arbitrary.

But even in a well-designed clinical trial, the placebo effect can rear its head. Suggesting to a patient that he or she might receive a treatment could lead to that patient experiencing a placebo effect. Hopefully, in these cases, the actual treatment outperforms the placebo.

In our world, where we are developing treatments to save and restore vision, we have a number of tools to objectively measure changes in vision. While they are not perfect, they go a long way in helping researchers determine if a therapy is really working.

If you are interested in learning more about the resources used to measure treatment effects and vision changes, I recommend the following Foundation posts:

New Imaging Technique May Be Game-Changer for RP Clinical Trials

Vision Testing and Retinal Imaging in Clinical Trials: What Patients Can Expect