Vision Testing and Retinal Imaging in Clinical Trials: What Patients Can Expect

Because measuring changes is not always easy, people in clinical trials often undergo a number of different tests over one or several years. It can be challenging for the patient, but is necessary to determine if a treatment is working.

Over the past year, more clinical trials for retinal disease treatments have been launched than ever before. Human studies are now underway for several gene therapies, stem cell treatments and drugs. Several more trials are likely to come to fruition in the coming year.

As a result, more people with retinal diseases are being recruited for human studies, and many are asking what participating in a trial entails, especially when it comes to vision testing.

To obtain FDA approval for a treatment, so that it can be brought to the marketplace, clinical researchers conduct tests to answer two basic questions: 1) Is the treatment safe?; and 2) Is it saving or restoring vision?

Answering these questions is often difficult, namely because the severity, rate of progression and nature of vision loss varies from disease to disease and person to person. In some cases, night and peripheral vision are affected; in others, vision loss can be patchy. Sometimes, changes in vision take many years to become apparent, making them challenging to detect over the course of a clinical study. So it is usually not enough to have a person read the familiar Snellen eye chart with the big “E” on it to determine if a therapy is saving or restoring vision.

Because measuring changes is not always easy, people in clinical trials often undergo a number of different tests over one or several years. It can be challenging for the patient, but is necessary to determine if a treatment is working.

Here is a list, along with descriptions, of tests that might be performed in a clinical trial:

Perimetry (visual field) — For many people with a retinal degenerative disease, such as retinitis pigmentosa (RP) or Stargardt disease, loss of visual field, whether peripheral or central, is significant. Perimetry is one of the most popular of many ways to measure visual field. During the exam, the patient looks into in a bowl-shaped structure where lights are flashed in different areas. The patient pushes a button to record each light he or she sees, and a map of the visual field is produced based on those seen and not seen. Over time, changes in visual field can indicate how well a treatment is working. Perimetry testing for both eyes takes about an hour.

Microperimetry — This test is conducted much in the same way the perimetry test is, only microperimetry goes a step further by correlating a person’s visual field to specific regions on the retina. It results in a map showing which regions are functional. This can be helpful in evaluating conditions such as Stargardt disease, dry age-related macular degeneration (AMD) and RP, in which people retain islands of functional retinal cells. Testing for both eyes takes about an hour. 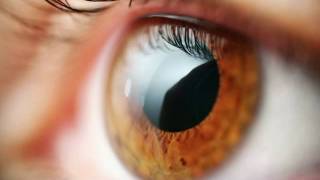 Electroretinogram (ERG) — An ERG is used to measure the electrical response of retinal cells to light. It picks up subtle changes to retinal function that simple vision tests can’t reveal. When an ERG is administered, the patient wears a contact lens that transmits flashes of light to the back of the eye and records the retina’s response. A limitation of the traditional ERG is that it measures the overall sensitivity of the retina. The multifocal ERG, a more recently developed test, is able to measure responses of different areas of the retina, providing more detailed information about a treatment’s impact. An ERG lasts about an hour.

Fundus Photography — A fundus photograph, a picture of the back interior of the eye, is a quick, simple and relatively inexpensive way to evaluate the health of the retina and possible abnormalities. To capture a fundus image, the patient’s pupils are dilated to get a clear view of the retina. The doctor may also inject a fluorescein dye to bring blood vessels of the retina into high contrast to determine how well blood is flowing, if there are any vessel blockages or if they are leaking fluid. Once the pupils are dilated, the photographs are taken in just a few minutes.

Optical Coherence Tomography (OCT) — OCT is a technique in which near-infrared light is used to capture a cross-section of layers of the retina. Because the images are far more detailed than those obtained from a fundus photograph, doctors use OCT more often. The images can reveal loss of cellular layers from conditions like RP and accumulated blood from wet AMD. Some types of OCT studies reveal abnormalities in the choroid layer, which provides blood to the retina. The patient’s pupils are dilated for OCT imaging, but no other preparation is necessary. Once the pupils are dilated, the images are obtained in just a few minutes.

Dark Adaptation — Measuring the ability to adapt to darkness gives doctors information about the health of rods, the cells in the retina used for peripheral vision, and overall vision in dimly lit settings. The test is performed by putting a person in the dark for a period of time, then measuring his or her response to dim lights. The patient may also be exposed to bright lights to determine how well and quickly vision returns to normal after intense exposure. Dark adaptation testing usually lasts about an hour.

Adaptive Optics Scanning Laser Ophthalmoscope (AOSLO) — Advancing technology is leading to more sophisticated imaging systems, including AOSLO, which captures images and videos of the retina down to the level of individual photoreceptors. AOSLO can be thought of as a very powerful microscope for the back of the eye. By capturing more detail, doctors and researchers can detect subtle changes in the retina, enabling them to better understand a disease and how well a potential therapy is preserving or restoring health. While more clinical centers are using AOSLO technology, it is not yet widely available.

For anyone considering participation in a clinical trial, it is important to understand what tests will be required. Participants are encouraged to ask questions of the trial team. By knowing what is expected, participants are more likely to have a successful trial experience.