There’s More Than One Way to Correct a Genetic Defect

A quick primer on genes and their critical role in building proteins.

We live in a time when it’s often easier and cheaper to replace something than to fix it. Whether you have a broken TV, camera or vacuum cleaner, you’re more likely to buy a new one than to take it into the shop to have it repaired. Often, you don’t have much of a choice; there aren’t many repair shops left.

Replacement has also been the strategy for dealing with defective genes that cause retinal diseases. The first gene therapies to move into clinical trials for retinal diseases — including those for Leber congenital amaurosis (LCA), Stargardt disease and Usher syndrome — all work by replacing copies of the bad gene with copies of a good one.

But there are other ways to overcome these mutated genes. In some cases, they may be better approaches than replacement. To help explain these gene-correction options and their potential benefits, here’s a quick primer on genes and their critical role in building proteins.

Proteins are the building blocks of all the cells in your body. They are essential to a cell’s health, structure and function. Every cell in your body contains little factories called ribosomes that continually produce the proteins cells need.

Check out the cool video below to see how these processes work. 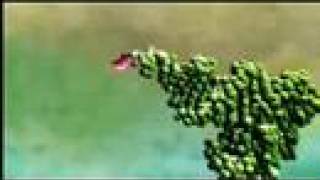 If there is a mistake or defect in the gene’s original instruction, the defect is carried through transcription and translation, and, ultimately, the ribosome makes the wrong protein or no protein at all. And that leads to a disease.

As researchers have shown, in some cases we can treat the disease by replacing the whole gene. But we are also learning how to treat it at the levels of transcription and translation.

A team from Radboud University in the Netherlands led by Dr. Rob Collin is developing a treatment to correct certain types of genetic defects at the transcription level. Rob recently published a research paper showing that his team could use this approach to correct some of the defects in the gene CEP290 that lead to LCA.

Dr. Uwe Wolfrum, a Foundation-funded researcher at Mainz University in Germany is evaluating a therapy developed by Dr. Timor Baasov that corrects genetic defects at the translation level. It looks promising for the treatment of certain defects that cause about 12 percent of all inherited retinal diseases. He is currently evaluating the therapy in animal models of Usher syndrome.

Because many retinal diseases are caused by defects in large genes that are difficult to replace, Rob’s and Uwe’s strategies may be the way to go in these cases. Rob’s delivers a small piece of genetic material (much smaller than a gene) to fix defects. Timor’s treatment that Uwe is testing is a small-molecule drug that works like a patch to fix defects.

Also, both approaches may be easier to tweak and modulate than gene replacement. That’s critical to ensuring and maximizing their safety and effectiveness.

I am excited about the potential for these treatments, because they are already being studied in humans with Duchenne muscular dystrophy. A therapy similar to Uwe’s is also in human studies for treating cystic fibrosis and cancer.

Of course, it would be nice if all the parts of our bodies, including our retinas, came with extended warranties so you could just swap them out when they go bad. But now that I think about it, that’s what stem cells might do for us someday.