The 2012 Nobel Medicine prize winners are having an enormous impact on sight-saving retinal research.

For science geeks like me, the announcement of Nobel Prize for Medicine winners is always exciting news. But this year’s two recipients are especially near and dear to my heart, because their groundbreaking work is having an enormous impact on sight-saving retinal research.

To understand the implications of their research, imagine this: You’re losing your vision to a disease like retinitis pigmentosa (RP). You go into a clinic where doctors take a small sample of blood or skin. Back in their lab, they genetically reprogram that sample to become stem cells, which can then be developed into any type of cell or tissue in your body.

In your case, you need retinal cells to replace the ones you have lost to RP. So the doctors make new retina cells from the stem cells, which are then transplanted back into your eye to restore vision. And, by the way, they may have even corrected the genetic defect in those retinal cells that caused your RP in the first place.

Dr. Shinya Yamanaka received one of the 2012 Nobel Medicine prizes for figuring out how to induce mature cells from skin or blood to become stem cells for use in future treatments like the one I just described. He accomplished that feat just five short years ago. 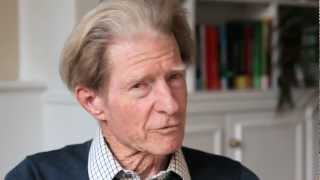 What is amazing to me is that this potential treatment, known as induced pluripotent stem cells (iPSC), isn’t that far from the clinic, thanks to the efforts of researchers like Dr. David Gamm, of the University of Wisconsin-Madison, who is developing the technology in lab studies with the goal of launching a human study within a few years. The RIKEN Center, a Japanese institution, also plans to launch a clinical trial of iPSC for people with age-related macular degeneration.

The other Nobel Medicine recipient, Dr. John Gurdon, performed pioneering work in cloning and cell reprogramming back in the 1950s. In one series of experiments, he took the nucleus of a cell from a tadpole and transferred it into the egg cell of a frog to make a new tadpole identical to the one from which he pulled the nucleus.

This work greatly informed the work of Dr. Yamanaka, Dr. Gamm and other scientists involved in iPSC development and related research.

Dr. Gurdon discusses some of his work in the video I have included with this post, and also provides a compelling back story about his early science education. Let’s just say we are lucky he stuck to his guns in pursuing his passion.