Join us for our next Insights Forum call on Friday, August 12 at 11 a.m. ET. This quarterly conference call will provide updates on the Foundation’s mission-related initiatives, highlight recent developments, and provide scientific and research updates. 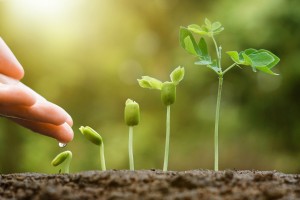 In the early 1990s, scientists began discovering the genetic defects causing blinding, inherited retinal diseases and saw a unique opportunity to overcome them. They envisioned gene therapy — delivering healthy genes to the retina to replace the bad ones — as an elegant approach to saving and restoring vision. Furthermore, a single injection of gene therapy would likely halt or reverse the disease process and work effectively for several years, perhaps the patients' lifetimes.

The Foundation Fighting Blindness, the world's leading private, nonprofit retinal research organization, funded most of these genetic discoveries for retinal diseases and immediately recognized the enormous opportunity for gene therapy to beat blindness.

"Twenty years ago, gene therapy was considered quite cutting edge, but we saw great potential for using it to treat genetic diseases of the retina," says William T. Schmidt, the Foundation's chief executive officer. "We felt it was incumbent upon us to try to move the field forward."

In 1997, the Foundation began funding gene-therapy visionary Dr. William Hauswirth at the University of Florida to develop retinal treatments. Early successes in the lab led to investments in earnest in Dr. Hauswirth and several other gene-therapy developers around the world.

In 1999, Dr. Hauswirth and other leading researchers and executives founded Applied Genetic Technologies Corporation (AGTC) to advance gene therapies for retinal diseases and other conditions into the marketplace.

Thanks in part to the Foundation's investments in lab research for AGTC, gene-therapy clinical trials were recently launched for achromatopsia (2016) and XLRS (2015). The XLRP effort continues to progress well.

The research advancements made possible by the Foundation's support are no doubt impressive, but AGTC has been able to leverage the nonprofit's funding to attract significant investment from the commercial sector.

Ultimately, an $8.5 million investment from the Foundation Fighting Blindness helped AGTC garner investments of at least $265 million to date, with the further potential for as much as an additional $1 billion from a variety of private, public, and industry sources. This is a great example of financial leverage. But if the company can bring products to market that save and restore sight, the investment payoff will truly be remarkable and everlasting.

"The Foundation plays a unique, invaluable role in advancing emerging treatments to the point where we, and our partners, can attract commercial investments," says Mr. Schmidt. "AGTC is one of several companies that has been able to leverage our support in a big way."