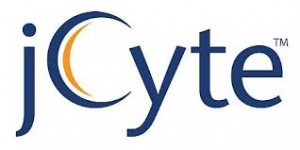 A retinal-cell treatment for people with retinitis pigmentosa (RP) has performed encouragingly in a Phase 1/2a clinical trial. Developed by jCyte, the treatment was evaluated for 12 months in 28 people at two sites in Southern California. Side effects were minor in the safety-oriented trial. Those receiving the highest dose of the treatment had the best results. Their visual acuity, as measured using an eye chart, was nearly two lines (nine letters) better in their treated eye than in their untreated eye. Some participants reported increased light sensitivity, improved color vision, better mobility, and improved reading ability. Ultimately, 22 of the 28 participants had their second eye treated.

jCyte has received authorization from the Food and Drug Administration (FDA) to launch a Phase 2b trial for the treatment. The study is enrolling participants with RP who have no better than 20/80 and no worse than 20/800 in their study eye.

The FDA is encouraging jCyte to explore using higher doses of the treatment in the Phase 2b study.

Known as retinal progenitors, the cells used in the trial are similar to stem cells and haven't yet fully developed into mature cell types, in this case, photoreceptors, which provide vision. The progenitors are injected into the vitreous, the soft, gel-like substance in the middle of the eye. Intravitreal injections have a good record of safety and are commonly administered for other conditions in a doctor's office. The goal of jCyte's treatment is to rescue and reactivate the recipients' remaining photoreceptors before they die.

Henry Klassen, MD, PhD, jCyte co-founder and the study's lead investigator, says the treatment is designed to work independent of the mutated gene causing the patients' RP. "We believe our therapy has the potential to help a broad range of RP patients as long as they have some remaining photoreceptors," says Dr. Klassen. "Nearly 100 genes, when defective, can cause RP. So, it is important for the field to develop therapies that are broadly applicable across this population."

RP affects about 100,000 people in the U.S. and millions worldwide. "This is a very encouraging first step in the clinic for jCyte," says Stephen Rose, PhD, chief research officer, Foundation Fighting Blindness. "jCyte's report is good news for RP patients who have no options to save their vision."